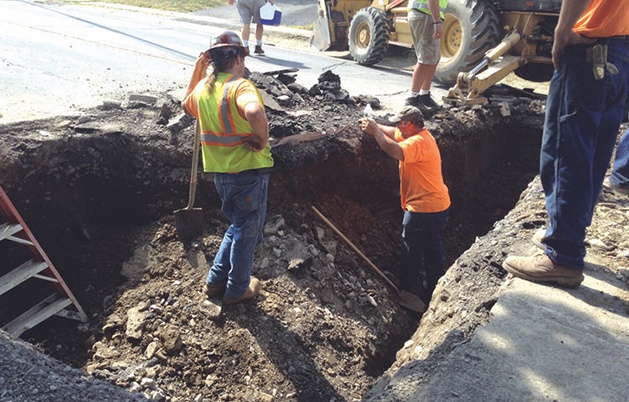 Catskill Town Supervisor Doreen Davis said she and the board are thrilled with the grant announcement. She said the funding will help with the long-awaited Leeds and Jefferson Heights Sewer Project. Davis said a part of the project includes Allen Street pump station, five pump station upgrades and a sanitary and storm sewer separation project in the village’s sewer collection system.

Cairo Town Supervisor Daniel Benoit said award of the grant was great news for the town. Cairo has been searching for alternate sources of water for several years. “Many of the water lines are old. The line running across Route 23 is well over 100 years old,” Benoit said. “The town board will now be able to prioritize how the money is spent.”

Coxsackie Mayor Mark Evans said the village’s sewer plant is 44 years old and runs well for its age, but is in need of an upgrade. A sewer moratorium has been in effect for about 10 years due to the overflows that occur during periods of heavy rain. “We notified the DEC about how we would upgrade our system, it would double the plant’s capacity,” Evans said. “There would be zero chance of an overflow in the future and are taking several steps to make this happen.”

In Greenville, the town received $1.6 million for its clean water project with a $4.7 million loan amount. The total project is estimated to cost $6.3 million.

Adapted from an August 9th Daily Mail article, the article is no longer available online.