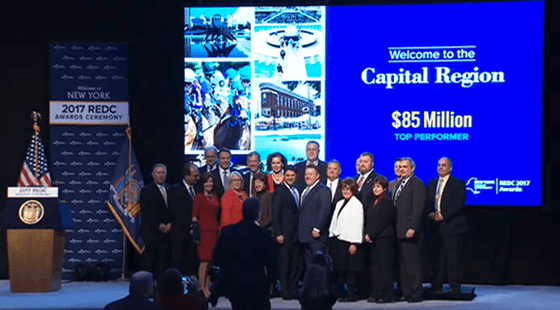 Members of the NYS Regional Economic Development Council (REDC) gathered in Albany on December 13th to recognize the Capital Region as a Top Performer and award $85Million to 110 projects across Albany, Columbia, Greene, Rensselaer, Saratoga, Schenectady, Warren, and Washington Counties.

Funding for 5 Projects enhancing Economic Development in Greene County totaled $712,330.00 and include: