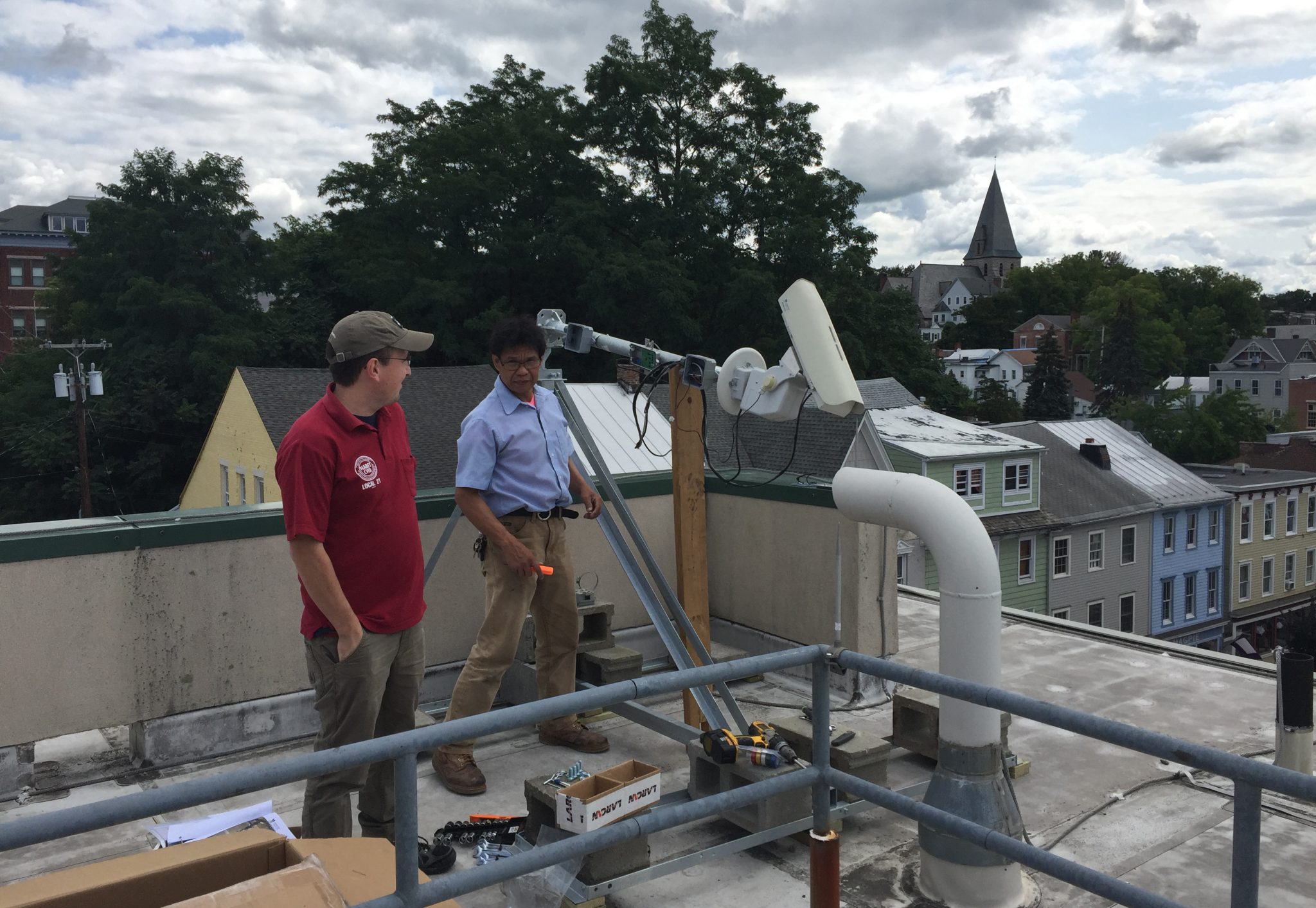 “First Warning” weather camera images are a prominent feature on WNYT Channel 13 broadcasts around the Capital Region every week.

In partnership with Greene County, WNYT has now added Catskill as its newest location.

On Friday, August 25th, technicians from WNYT installed a camera and electronic weather monitoring equipment on the roof of the Greene County Office Building at 411 Main Street in Catskill. As a joint venture, Greene County provides power and Internet connectivity, and WNYT provides the hardware and electronics at no cost to the County.

The Greene County Buildings and Grounds and Information Technology teams assisted with the installation of one of WNYT’s newest cameras, that can rotate to capture images of Main Street, the Catskill Creek and views of the Great Northern Catskill Mountains. This camera feed will also be added to the WNYT Website be viewed 24/7 from its WebCams Page.

This new WebCam and weather sensor equipment will give Greene County regular name exposure throughout the Capital Region and the WNYT broadcast market as the station plans to provide live on-screen video images from Catskill every week.