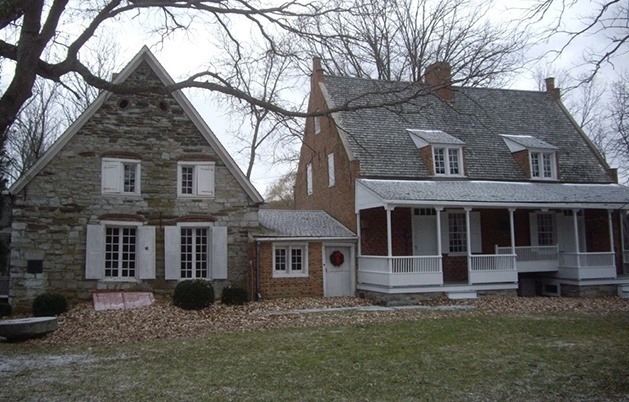 The Albertus Van Loon House (surname is pronounced like “van loan”) is one of the oldest extant buildings in New York State. It is located in Athens, New York at 85 North Washington Street (also known as New York State Route 385).

It was built by Albertus Van Loon, who was one of eight children of Jan Van Loon. 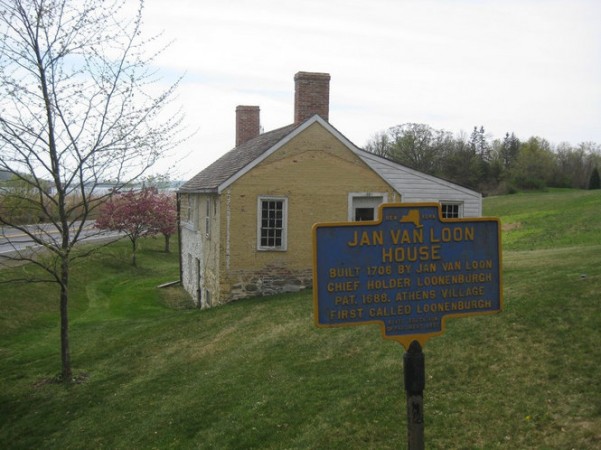 Jan was the earliest European settler to the area, and gave the settlement its first name: Loonenburg.  Jan Van Loon’s House still stands nearby, at 39 South Washington Street. Albertus’ house is in what was called the Upper Village. The house is rectangular with 1.5 stories with stone walls, although a gambrel roof was added between 1775–1800.

Albertus Van Loon helped the town grow by being one of those who donated land for the Zion Lutheran Church (Athens, New York).

Bronck House, also known as Pieter Bronck House, is a Swedish homestead house in Coxsackie in Greene County, New York, that was constructed in 1663 and added to later. It is the oldest structure in upstate New York, and was declared a National Historic Landmark in 1967. 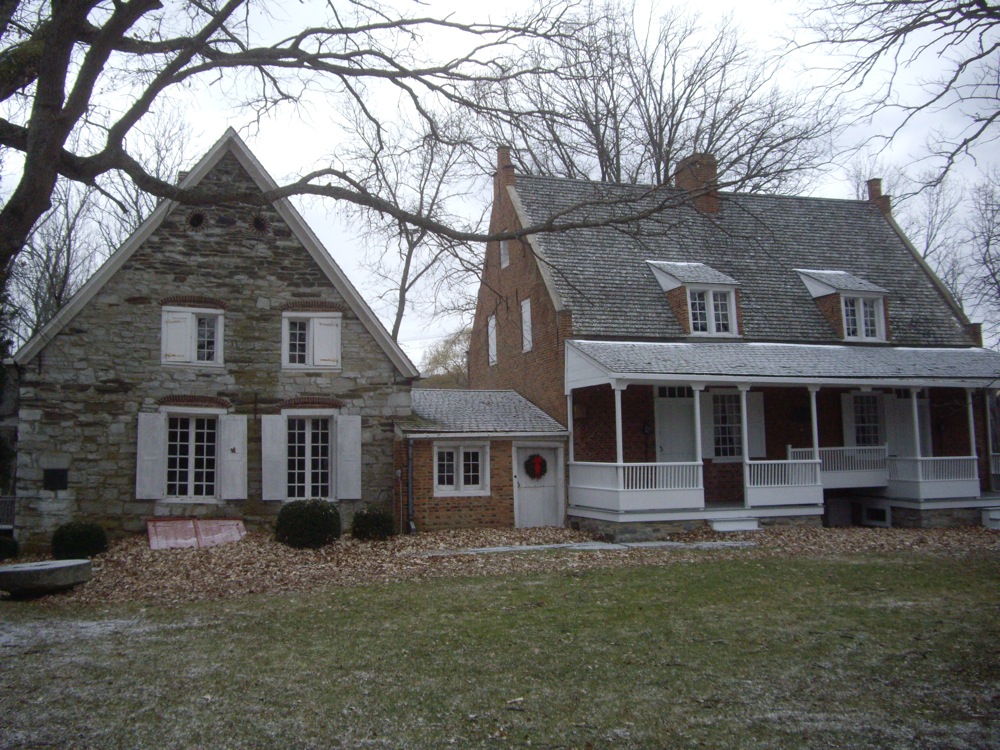 A stone house was built first, by Pieter Bronck, born in Jönköping, Sweden, a relative of Jonas Bronck, for whom the Bronx was named, who bought the property from native Americans. That was expanded soon after, and, in 1738 a larger brick house that was connected by a doorway was built by his grandson. The house is reputed to be the location where the Coxsackie Declaration of Independence was signed, more than a year before the Continental Congress signing in 1776.

The house remained in the family until 1938. It now is owned and operated as a museum by the Greene County Historical Society. The Bronck Farm 13-Sided Barn is related to, but listed separately from the Bronck House. It was listed on the National Register of Historic Places in 1984.

It is located on Pieter Bronck Road, off US 9W, in Coxsackie, west of the Hudson River, south of Albany.