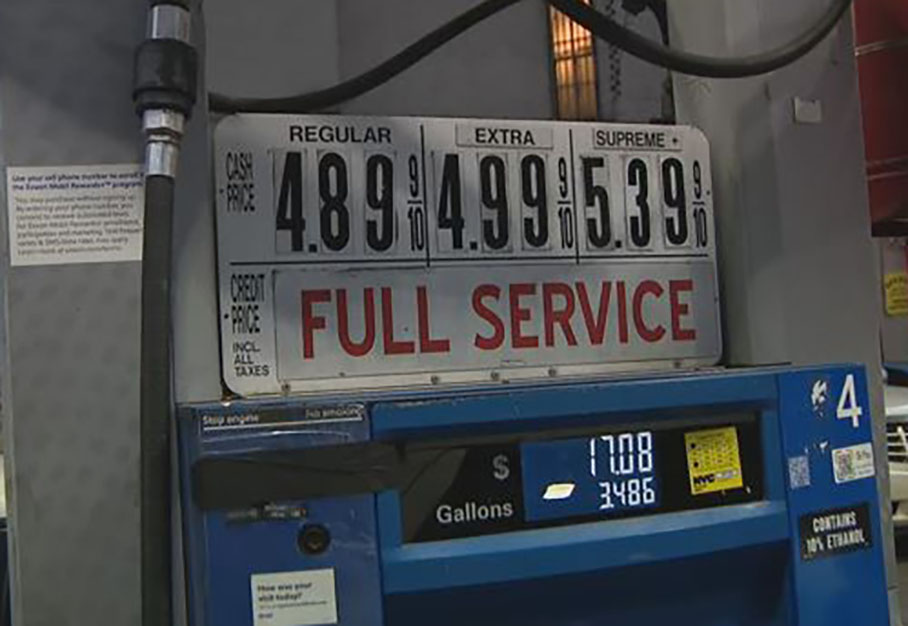 The Greene County Legislature will not exercise the optional county-level gas tax holiday during the  State-wide gas tax holiday which became effective June 1, 2022 and runs through December 31, 2022.

New York State has suspended portions of the state’s sales tax imposed on motor fuels, the separate motor fuel tax, and the metropolitan commuter transportation district sales tax State lawmakers agreed to the “gas tax holiday” as part of a deal for the recent $220 billion state budget, which is expected to forgo the collection of an estimated $585 million in fuel related tax revenue. Much of the levy on motor fuels goes toward state transportation infrastructure improvements, such as roads and bridges. The State’s plan directs motor fuel retailers to pass the entirety of this tax savings to consumers; transfers money from the State’s general fund to offset the estimated revenue lost from the suspension of these taxes; and authorizes county governments the option to cap the price of their applicable local sales tax “cutoff” at a $2.00, $3.00 or $4.00 per gallon threshold.

The State gas tax holiday will lower the state gas prices by $0.16 per gallon. Even if both distributors and retailers pass this on to consumers, it will only reduce the cost of a 12-gallon fill-up, as an example, by about $2.00 (less than half the cost of a single gallon of gas). Counties in New York State can opt to sacrifice up to $0.08 per gallon of their share of the state taxes.

In response to the optional authorization, the Greene County Legislature took a hard look at the potential savings residents could expect to see if the County were to reduce its applicable local tax. Gasoline sales generate a significant percentage of the County’s overall sales tax collection and as gasoline prices rise so does the sales tax revenue. Like most other upstate counties, Greene County has determined that the actual savings would not be enough to justify the loss of revenue from a county-level gas tax holiday. By estimating the average number of miles driven, miles per gallon, and gallons consumed and applying the lowest rate allowed by the State, the County determined residents would save approximately $42.00 over the seven months of the tax holiday. Greene County estimates it would lose approximately $1.25 million in local revenue.

“In our tourism-driven economy, a significant amount of gas purchases come from people who travel here from outside our County”, says Greene County Administrator Shaun Groden. “Sales tax revenue directly affects our ability to keep our property taxes some of the lowest in the State. While residents are all feeling the impact of record high energy costs, the County cannot give up a substantial amount of visitor revenue if we want to make living here affordable for our homeowners.” “The County Legislature felt that it was important to make sure that the visitors continue to support the local economy, including through taxes on gas”. “Additionally, the State was initially reluctant to provide the tax break because of the difficulty in tracking the tax break and the County has no way of ensuring that the reduction is accurately passed along to the consumer.”

The cost of crude oil accounts for 69% of the cost of a gallon of gas. Rising crude prices account directly for current prices at the pump. A barrel of crude now costs over $110.00 as compared to just over $60.00 a year ago. While world events certainly impact the cost of crude oil, Federal and State policies have contributed to a 40 year high in inflation rates. These policies are more often than not made with little or no input from the counties they affect, and the Greene County Legislature continues to oppose mandated approaches that drive fuel and energy costs higher.

“Asking counties to give up the revenue they need to better the lives of residents so the State can take credit for short term savings at the pump makes no sense on a local level.” says Patrick S. Linger, chair of the Greene County Legislature. “The overly aggressive state and federal policies attempting to end the use of fossil fuels without affordable energy alternatives is at fault here, and saving twenty-five cents on a five dollar gallon of gas is like putting a band aid on a broken leg.”