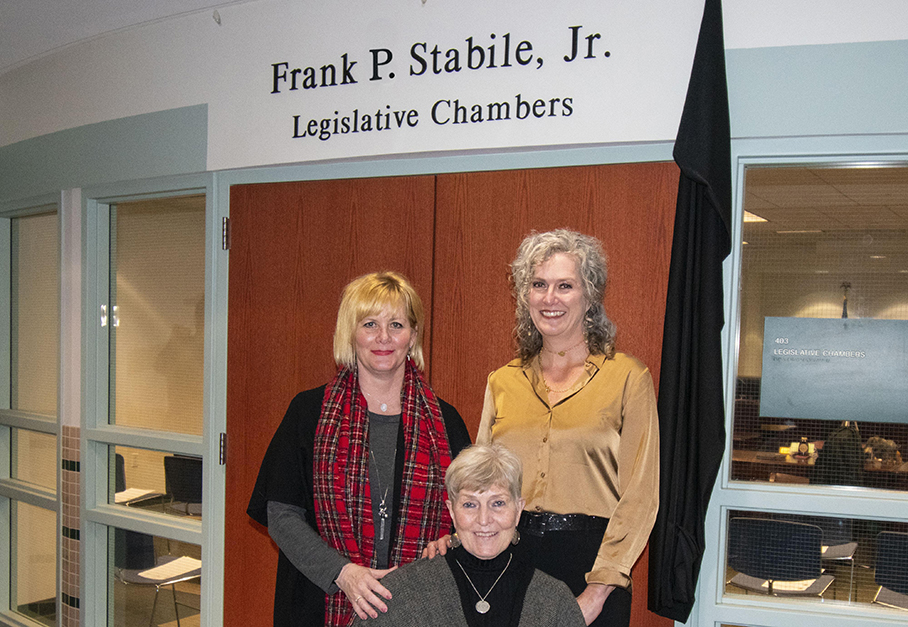 On Wednesday, December 15th 2021, retiring legislator William B. Lawrence (District 8 -Cairo) presided over the dedication of the Greene County Legislature’s Chambers in remembrance of the man largely responsible for its planning and construction.

Frank Stabile, who passed away 20 months ago, was a life-long resident of Palenville and worked as an electrical engineer for the NYS Office of General Services for 38 years.

Committed to civic service to his local communities, Stabile served on the Catskill Town Board (1977-1985) and was elected to the Greene County Legislature in 1984, acting as legislature chairman for 18 years beginning in 1988. His many accomplishments include:

Lawrence, who served on the Legislature with Stabile from 1985 through 1987, and again from 1995 through 2006 noted “I am honored to represent us all as we dedicate these chambers to the memory of such a great public servant of our Greene County communities”.