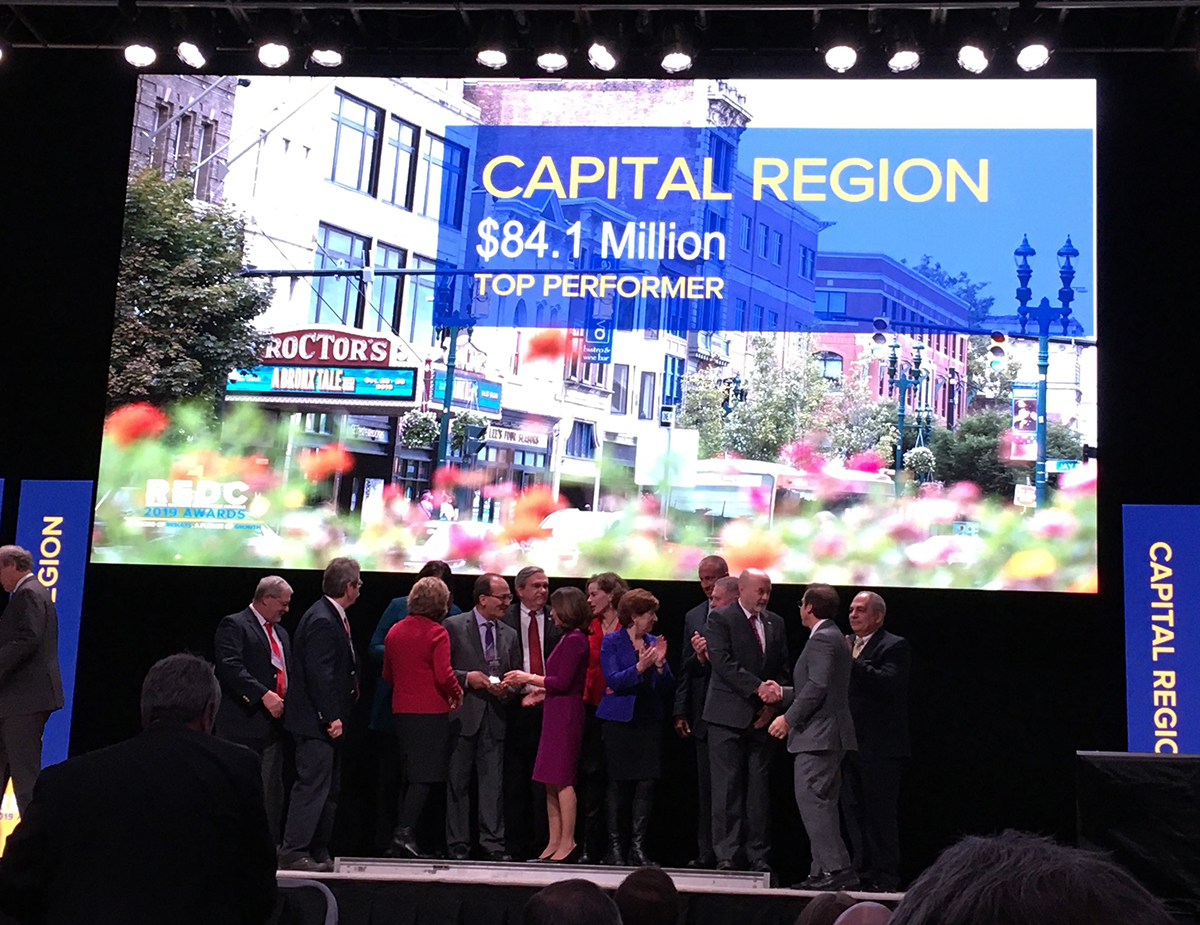 The Capital Region was named a Top Performer in 2019 by the NYS Regional Economic Development Councils and awarded $84.1 Million in a ceremony on Thursday, December 19.

Three projects in the Town of Hunter will receive a total of $1.4 Million:

Two projects in the Town of Coxsackie will receive a total of $2 Million:

A centerpiece of the Governor’s strategy to jumpstart the economy and create jobs, the Regional Councils were put in place in 2011 to redesign the state’s approach to economic development from a top-down model to a community-based, performance-driven approach. The initiative empowers community, business, and academic leaders, as well as members of the public in each region of the state, to develop strategic plans specifically tailored to their region’s unique strengths and resources in order create jobs and support economic growth.